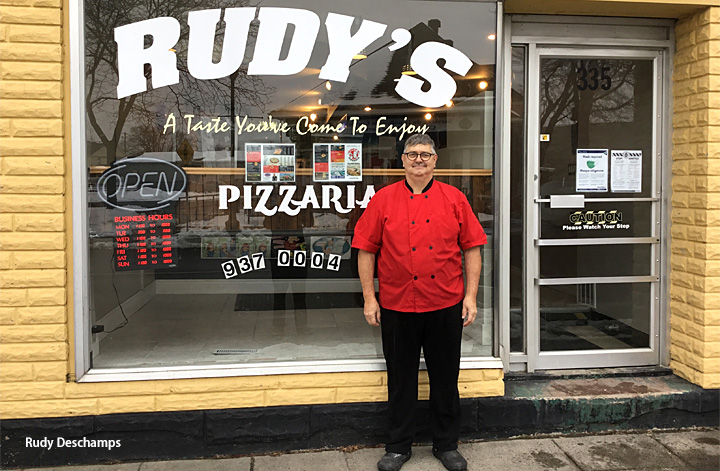 Cornwall Ontario – There’s a new arrival to Cornwall’s beloved pizza scene – and they’re ready to carve out their own slice of followers.

Rudy’s Pizzaria has officially opened its doors on Montreal Road in Cornwall’s Le Village district, offering an assortment of burgers, wraps, pasta, salads and appetizers to go along with their namesake pizza.

The other part of the restaurant’s namesake is the owner and chef himself, Rudy Deschamps, a longtime cook who brings more than 40 years of restaurant experience to the table.

Mr. Deschamps had been working at his son Joshua’s popular restaurant, the Martintown Restaurant, until it tragically caught fire last summer. While the younger Deschamps works to rebuild his establishment, the elder Deschamps decided to venture out on his own and open the pizzeria at 335 Montreal Road.

That experience, together with a focus on quality, homemade food, will be reflected in every dish served up at Rudy’s – including the pizza.

“We’re very much on par (with Cornwall pizza), if not better,” said son Joshua.

The pizzeria’s selection of pies has everything a Cornwall pizza lover could expect and then some. They even have a signature pizza – the Rudy Special.

In light of the provincial lockdown, the new pizzeria is open only for delivery and takeout at this point.